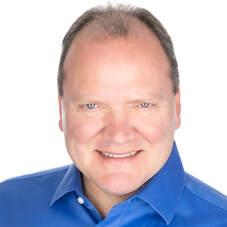 Jay Boisseau is an experienced, recognized leader and strategist in advanced computing technologies, with over 20 years in the field. Jay has built and led many computing-focused programs, departments, and organizations. Jay’s is CEO and co-founder (June 2014) of Vizias. Vizias is a small team of talented, passionate technology professionals who are determined to change the world by using their advanced computing expertise and experience, especially in high performance computing (HPC), artificial intelligence (AI), and smart cities.

Jay’s current primary activity is working as the AI & HPC Technology Strategist for Dell Technologies (since September 2014) to further develop its high-performance computing (HPC) and artificial intelligence (AI) strategies and new solutions for a broader use of HPC and AI by more companies, government organizations, and universities.

Through Vizias, Jay founded the Austin CityUP Consortium (July 2015) and currently serves as the executive director, with a vision of creating an integrated smart city fabric throughout Austin—leveraging mobile devices and IoT data collectors, as well as supercomputers and AI for predictive analytics and scenario simulation—in the years ahead to address city issues, empower city planning, and improve city life in general. Jay is also the executive director and founder of The Austin Forum on Technology & Society, which he started in 2006 and is now the leading monthly technology outreach and engagement event in Austin.

Prior to Vizias, Jay created the Texas Advanced Computing Center (TACC) at The University of Texas at Austin and led it (2001-14) to world prominence. Under Jay’s leadership, TACC deployed numerous world-class computing systems for U.S. open scientific research including two systems ranked in the Top10 in the world, and developed new programs to enable thousands of researchers to accomplish more with these powerful technologies. His previous positions were at the San Diego Supercomputer Center and the Arctic Region Supercomputing Center. He received his PhD in astronomy from The University of Texas at Austin, and his bachelors in astronomy and physics from the University of Virginia.

Jay has one perfect daughter who is entering her senior year of high school. He has a love of great food and whiskey, of movies and film festivals, and of planning social events for friends and colleagues. He is a member of the Rotary Club of Austin and enjoys community service. He loves working out, but has a long way to go to become Thor.
​
​Email | Twitter | LinkedIn